In 2000, more than 734,000 people were arrested in this country for marijuana-related offenses alone. This is pretty hard to understand.

It's time to legalize. We the people of America need the tax money and job oppurtunities that will be created by legalizing. As well as the drop off of crime and money spent on that 700 thousand people + a year. 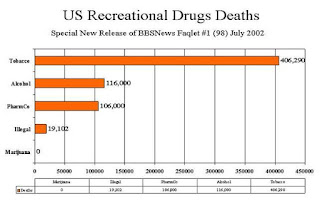 Continuous long-term smoking of marijuana can cause bronchitis, but the chance of contracting bronchitis from casual marijuana smoking is minuscule. Respiratory health hazards can be totally eliminated by consuming marijuana via non-smoking methods, i.e., ingesting marijuana via baked foods, tincture, or vaporizer.

On June 29th 2011, Left-leaning Democrats and the libertarian wing of the Republican Party have come together to propose the first-ever legislation to legalize marijuana at the federal level.

Representatives Barney Frank (D-Massachusetts) and Ron Paul (R-Texas) have introduced the “Ending Federal Marijuana Prohibition Act of 2011" which would allow states to determine their own marijuana rules without interference from Washington, DC.

If this change came about, states could choose among banning marijuana entirely, making it medically available, decriminalizing its possession or taxing and regulating it like the government does with alcohol.

Supporters admit that the Frank-Paul bill has little chance of becoming law in the current Congress. But they add the measure represents an important first step towards eventually decriminalizing the drug.

Marijuana has been listed as Schedule I controlled substance since 1970, putting it in the same category as heroin, PCP and LSD.

Show support by going to the NORML WEBSITE as well as calling or writing your senators and Governors offices.

Hero The Emcee dropped "Fuckin' Boston" and it's all we could hope for! 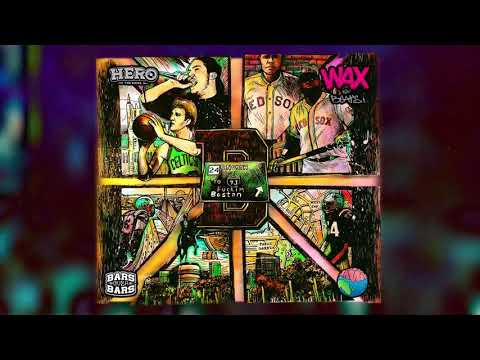 Welcome to the Official Website of Producer/Emcee Obese The Prophet.
Be sure and download my FREE OFFICIAL DRUM KIT!
Looking for Promo? Music Videos? Contact Elevate Audio & Visual www.elevateaudioandvisual.com

Click on the " Beats For Sale " link to purchase beats through BeatStars. Email me at obesetheprophetbeats@gmail.com
for direct pricing and custom beats.

All Elevate Music Artists Below!